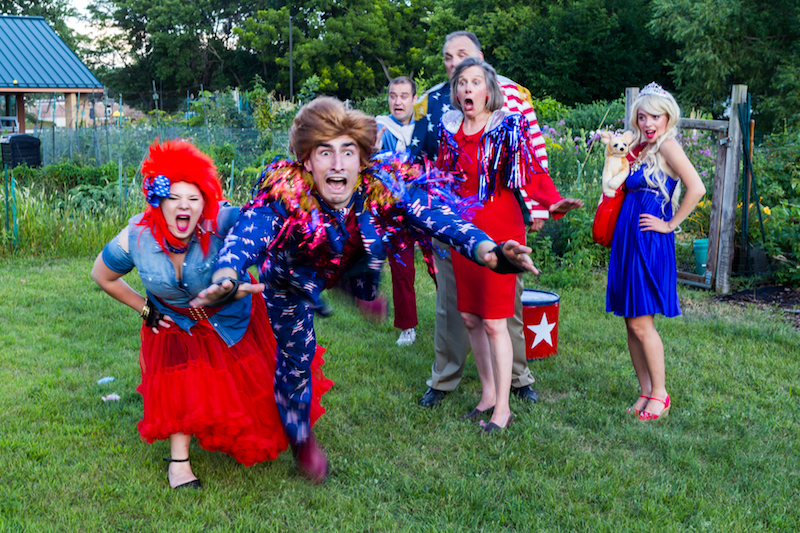 FINAL TWO PERFORMANCES of the the 2016 PICNIC OPERETTA!

Republican candidates converge on a small agrarian town in Middle America. Real Estate tycoon Donald Giovanni and his campaign staff have left a trail of broken hearts and broken promises in their attempt to woo voters. Now a strange supernatural force has been ignited to bring him down. It’s a mix of Mozart and ’80s pop! Tasty, garden fresh bites will be served throughout the show to celebrate harvest and campaign fever.

This one-of-a-kind show is directed by Kym Longhi, with a new script by music director Jerrod Wendland. The classic Italian comedic opera meets a jukebox of ’80s hits and modern day political drama. Along with music by Mozart and Italian libretto by Lorenzo Da Ponte, the cast sinks their teeth into the songs of Bon Jovi, AC/DC, a-Ha, Bruce Hornsby and Tears for Fears.

Fun for all ages, this mix of theater, food, and music runs approximately one hour and 15 minutes.

Summary of Scenes, Songs and Music

Overture: Ronald Reagan summons the Candidates to descend on Cornlandia

Scene 1: Campaign Manager Corey Lewandowski faces the press, Donald and Carly duel for the honor of their private sector experience

“Eye of the Tiger”

“Everybody Wants to Rule the World”

Scene 2: At the Cornlandia Fair, Donald dodges the public as he thwarts the demands of a former lover. Donna Elvira has a plan to heal the wounds of our nation’s youth.

Scene 3: Candidates prepare for the debate. Blitz Wolfer moderates the debate at the Cornlandia Cornvention Center. Donald escapes in a frenzy of “straight talk”.

Scene 4: At the diner, Tommy and Gina have food for thought, Elvira recruits them to her “cause”.

“That’s Just the Way It Is”

Scene 6: Donald invites the Statue for dinner, Paris makes up with Masetto.

“Living on a Prayer”

“This activity is made possible by the voters of Minnesota through grants from the Minnesota State Arts Board and the Metropolitan Regional Arts Council, thanks to a legislative appropriation from the arts and cultural heritage fund.”

Please support these wonderful businesses that have given to the Picnic Operetta!

Hosts: promote A Picnic Operetta in your area!