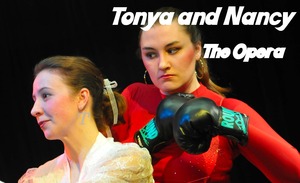 This production is directed by Joni Griffith, with musical direction by Carlisle Peck.

BOTH PERFORMANCES feature a viewing of the ladies figure skating event in Pyeongchang, with commentary by former figure skating competitors, coaches, comedians, scholars, and other hilarious musical entertainment.